Guest Column – Where is Your Trash Going? 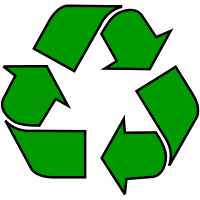 WHERE IS YOUR TRASH GOING?   Submitted by Allissa, a local 4-H Member      Do you know where your trash is going? In order to answer this question you need to know where the process starts.  In your house you have a certain schedule for your garbage. All schedules help ‘get rid’ of your trash. Before you can permanently get rid of your garbage you have a way to temporarily dispose of it. Some homes have an inside bin for their trash and an outside moveable dumpster/trash can.   When your garbage bag gets full, you take it outside to your dumpster/ trash can and it gets picked up. When trash day comes a garbage truck empties those containers. The trash is now gone for good, right? No.      The trash is going to a transfer station. This is where the garbage trucks temporarily unload the cargo. While it is there it is compacted, firmly packed together and is ready for its next destination. It is loaded into a bigger truck and moved to Material Recovery Facility (MRF
Read more

German Staatskapelle Weimar Orchestra is coming to Rockford IL The German Staatskapelle Weimar Orchestra are on their debut USA tour.  NOW ON SALE: This Illustrious World Renown Orchestra will perform in Rockford, Illinois for one night only, and we want to make sure you have your tickets set aside. THURSDAY, March 8th, at 7:30pm At the Coronado Theatre, Downtown Rockford, IL Performing Three Works by Johannes Brahms: Academic Festival Overture Violin Concerto in D Major, Op. 77 Symphony No. 1 in C Minor, Op. 68 Established in 1491, the Staatskapelle Weimar is one of the oldest, most illustrious orchestras in the world. Its history is closely associated with some of the world's best-known musicians including Johan Hummel, Franz Liszt, Richard Strauss and man
Read more

Pinocchio Party for kids of all ages